Apparently, Paying Parents are put onto Collect and Pay for being Non-Compliant missed payments it is supposed to be there as a sort of punishment.
There have been many cases where the Paying Parent is being forced onto Collect and Pay for no reason this can be seen in this footage of Margaret Ferrier SNP and I also have the oral hearing transcript.

Go to 07:40 to hear the content regarding the CMS staff pushing people to go onto Collect and Pay when they are on Direct Pay and happy with being on DP.

Two separate constituents have intimated that the CMS has tried to push the collect and pay method when both parents have been happy with direct pay. Are advisers being instructed to do that so that the Department can make money from collection fees?

Another constituent, John, came to me after receiving a letter about arrears on his account. The arrears were extortionate, as were the proposed monthly payments. Once I got involved, my office asked for a full breakdown of the account, as John disputed the arrears. We received the wrong information from the CMS in a telephone call and were told the arrears were approximately £700.

My caseworker called the constituent to tell him and within five minutes of hanging up the phone, we received a further call from the CMS with a correction that added thousands of pounds to the figure. Understandably, I was angered by that and asked for a full written breakdown. That took approximately six weeks to arrive. The case is still ongoing, moving at a glacial pace due to the Child Maintenance Service. Does that sound like an efficiently run service?

Here is a very interesting article by Voice of the Child which was removed from the internet by the CMS and Gingerbread, this exposed the Director Tom McCormack instructing his staff to push people onto Collect and Pay thankfully the page is on the web archive obviously this page was embarassing for the Child Maintenance service CMS “Collect and Pay” targets and leadership performance meetings

Those who have experienced Collect and Pay know how difficult it is as it does cause financial hardship to a household, and where there is a family with children forced onto Collect and Pay I believe this to be a breach of Section 2 of the Child Support Act 1991, the CMS is obliged by law (Section 2 of the Child Support Act 1991) to consider the welfare of all children who may be affected by the decision. It’s not something that should be automatic and suggests a failure of either the calculation itself (which we know to be faulty for several reasons – DWP have acknowledged this), the administrative process undertaken by the CMS, or a combination of the two factors.

Each time someone is moved from direct pay to collect and pay the decision to change must be made taking into account the particular circumstances specific to the individual case taking into account welfare of the children, reasons for non/under payment and any other relevant factors. 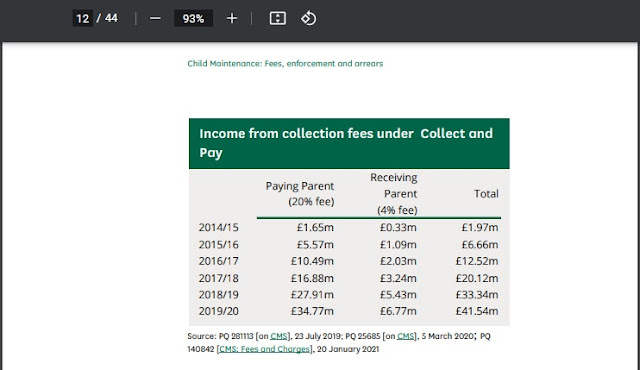 You can download the Child Maintenance: Fees, enforcement and arrears document here. https://researchbriefings.files.parliament.uk/documents/CBP-7774/CBP-7774.pdf

Here are screenshots of victims complaints about being forced onto Collect and Pay for no good reason, there will be many thousands of more people. I would also like to bring to your attention that they are forcing people onto Collect and Pay where there is children in the household which is a breach of section 2 of the Child Support Act 1991. Section 2 is a statutory duty of the Child Maintenance Service. 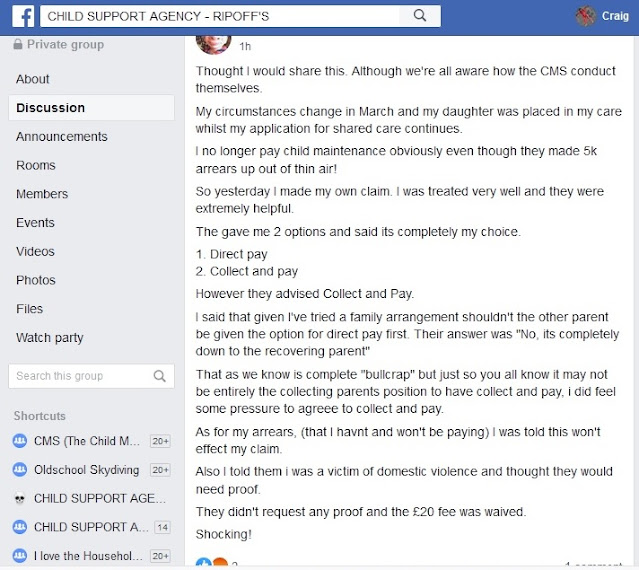 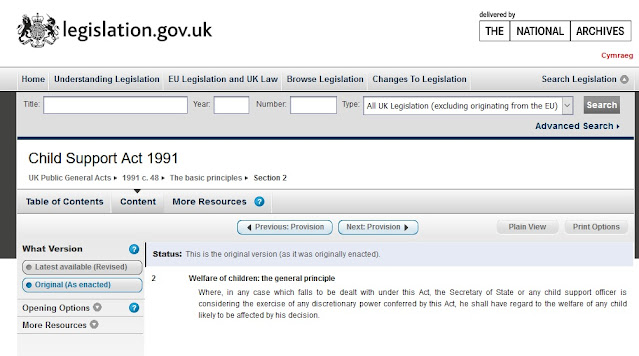 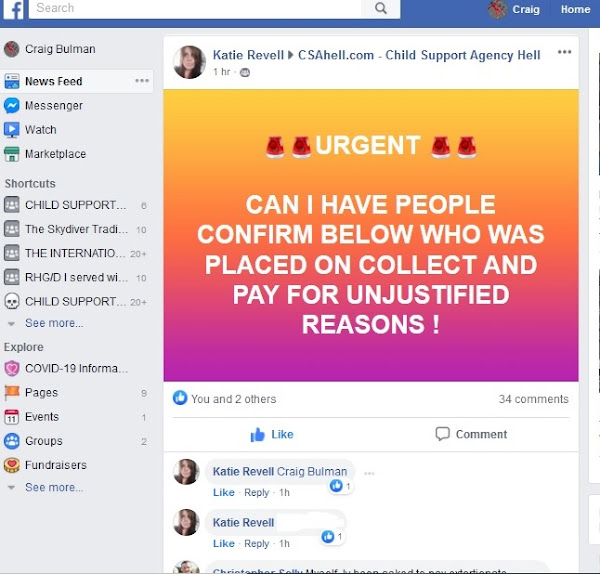 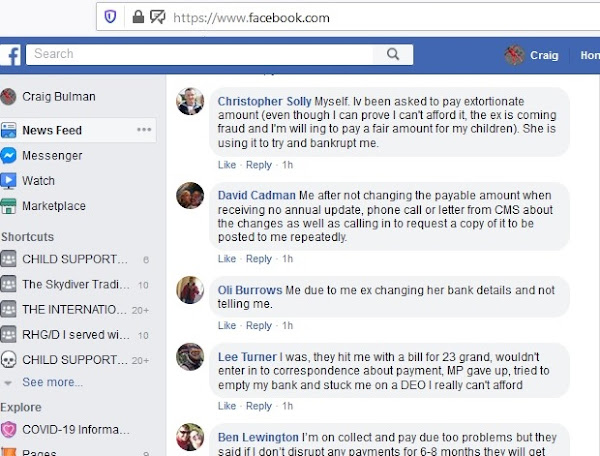 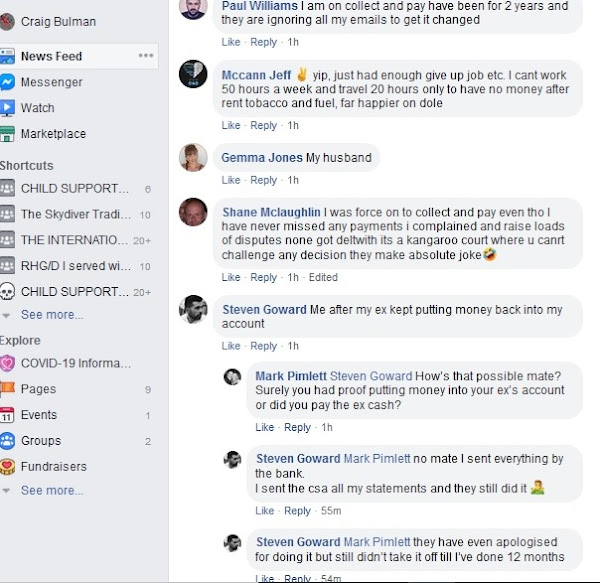 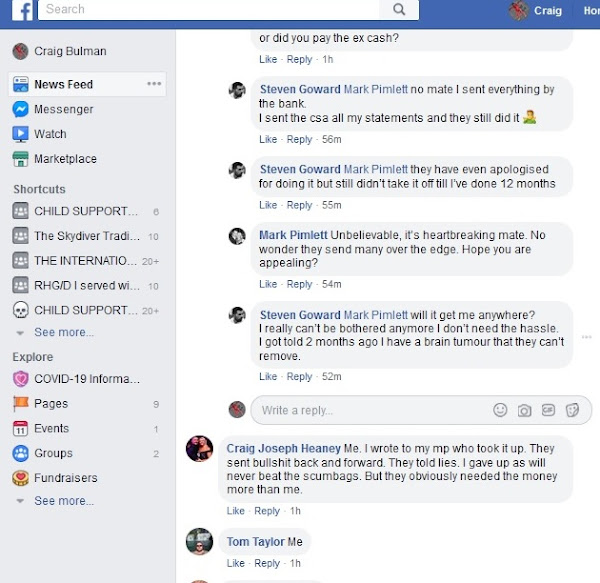 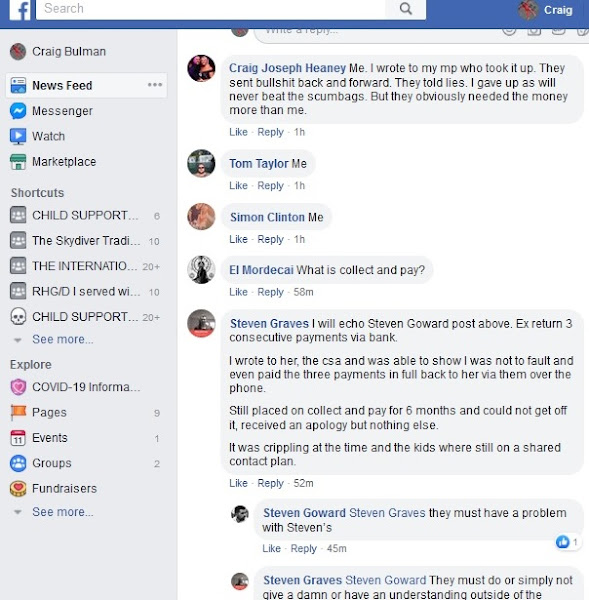 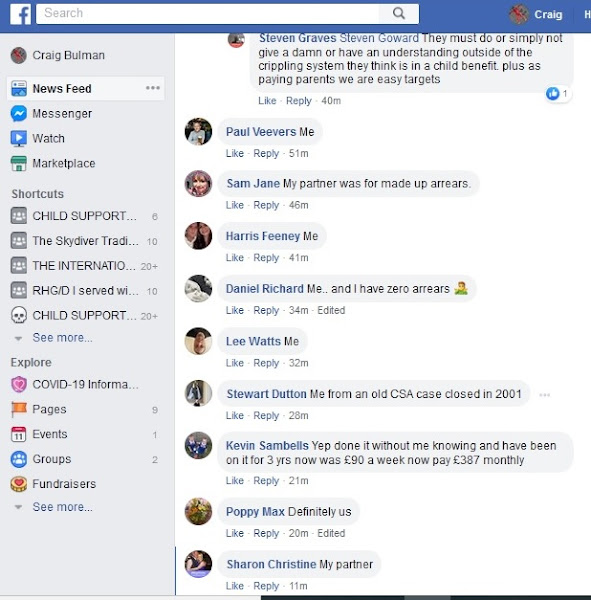 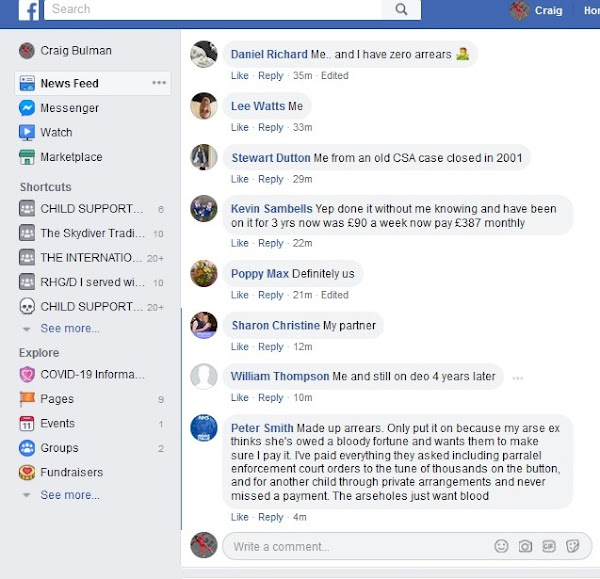 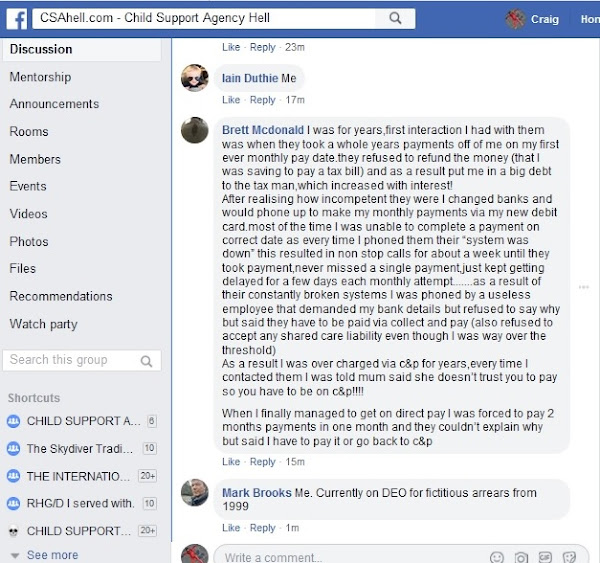 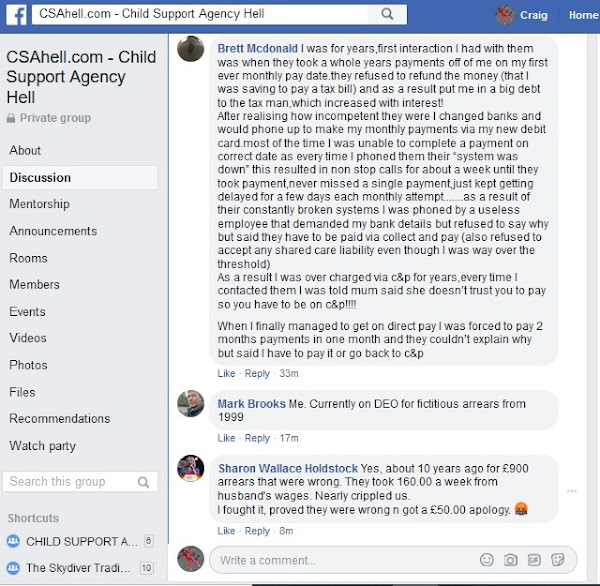 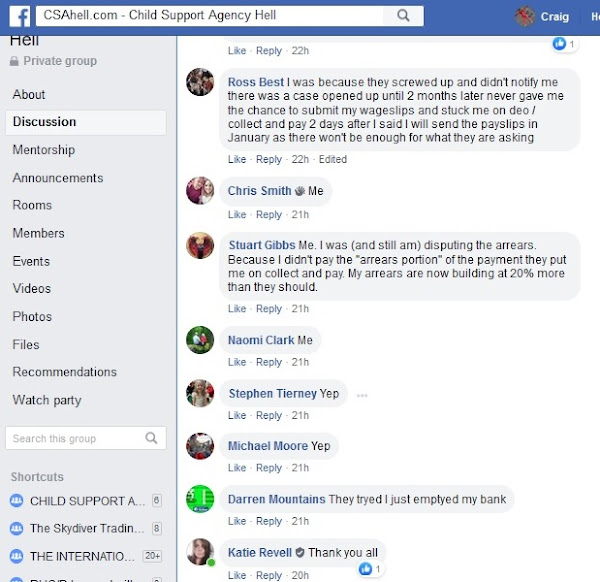 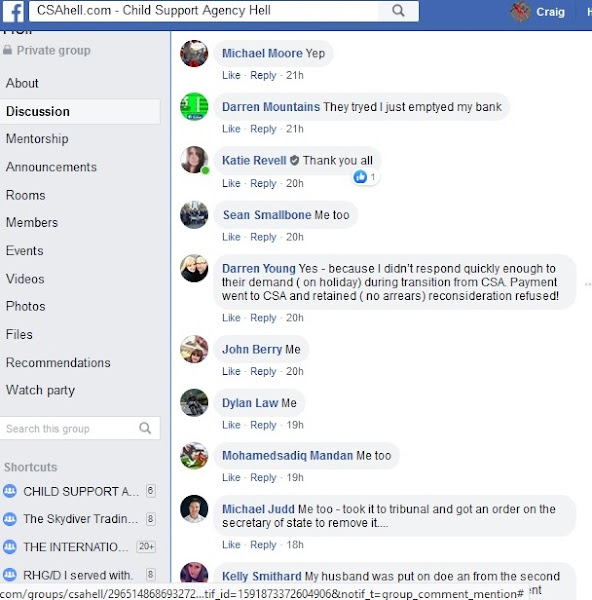 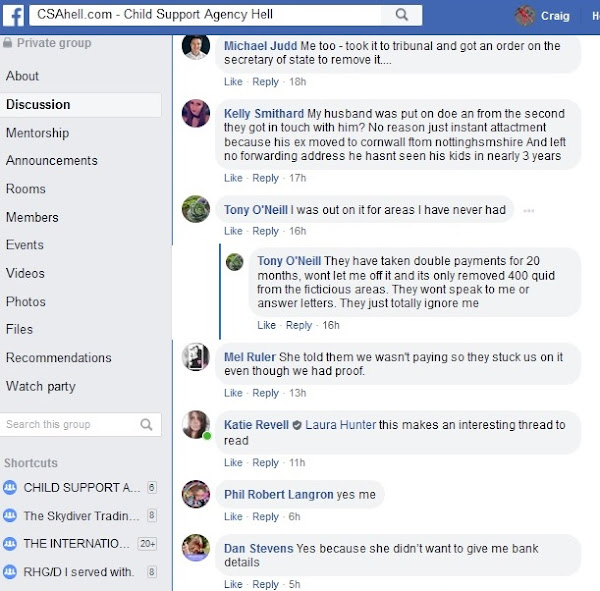 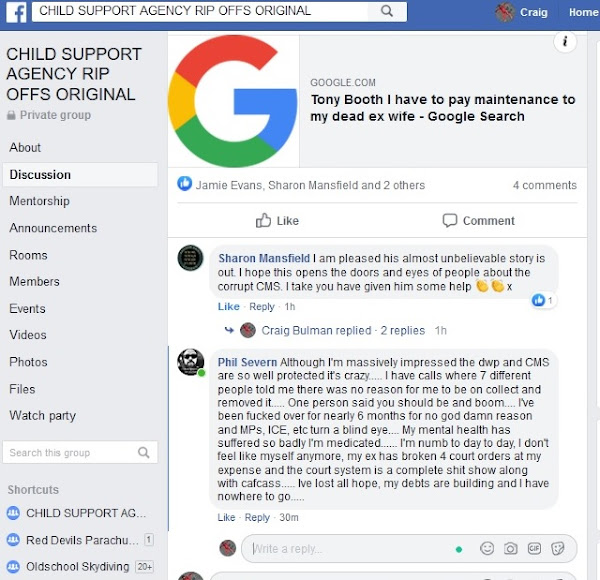 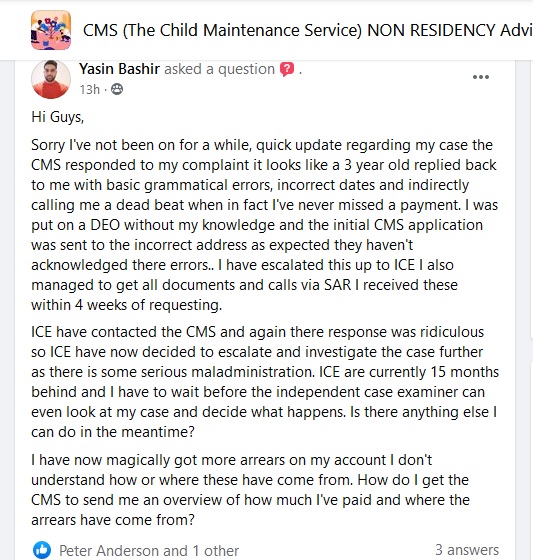 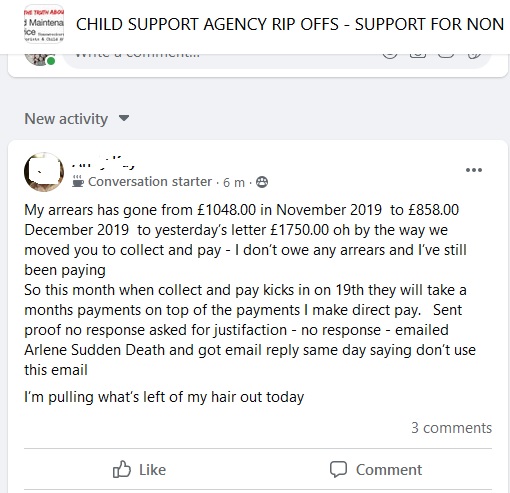 Tony O'Neill Firefighter left suicidal as a result of the wrongdoing of the Child Maintenance service, Tony also has children living with him who are suffering because of the unlawful actions and breaches of section 2 of the Child Support Act 1991 which is a statutory duty. There is a serious lack of common sense by our elected representatives and the Child Maintenance Service staff. When they have forced a person to suicide those children not only lose a father they also lose that financial support.