A very interesting conversation I was having on Twitter 11th February 2021 with a retired Colonel of an RAF Fighter Unit. Graham House informed me last year when we first started conversing that he had to cancel an operational sortie as his Navigator was unable to function properly due to the distress caused by the CSA, as I had only heard it from him in conversation it was hearsay but here we now have it in the public domain. Basically speaking the CSA/CMS are causing mental health issues with our armed forces as you can see Graham had to cancel a sortie - that sortie could have been to support ground troops. The impact the CSA/CMS have on our operational capabilities is shocking when you dig deep if a Fighter Pilot is unable to function properly the consequences could have been fatalities of our ground troops, the failure of a mission etc.

This is just one story there will be thousands more like this, how many troops have been injured because they were unable to concentrate because their mind was on the CSA/CMS how many have been killed and how many others were affected by them not being able to concentrate because their mind was on the CSA/CMS? The sickening thing is the Government know what is happening they have had warnings about this and the impact the CSA/CMS has on our armed forces mental health. The CSA/CMS has caused retention issues I know of many very experienced soldiers to leave the army because they were being shafted by the CSA I left after 16 years of service. The CSA/CMS without a doubt are a threat to national security.

Please do excuse the disjointedness of the sequence of the screenshots, I find Twitter confusing. 18th February 2021 Clive and me had an interview with Retired Colonel Graham House founder of Justice4Troops Graham talks to us about having to cancel an operational sortie because his System's Operator could not function properly because of the problems he was having with the Child Support Agency. I have included a shortened version where Graham talks about what happened to his crew member and the mental health issues the child support agency caused him. 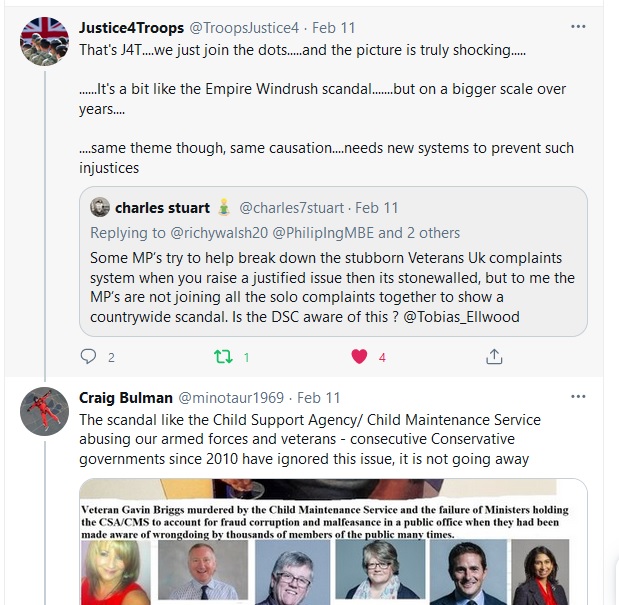 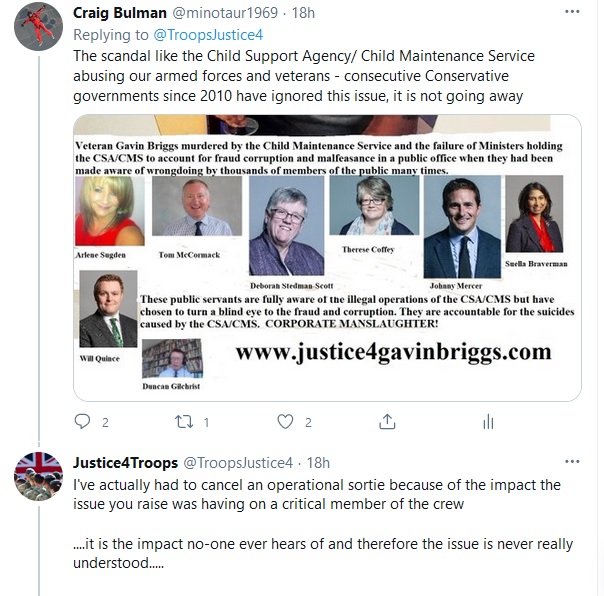 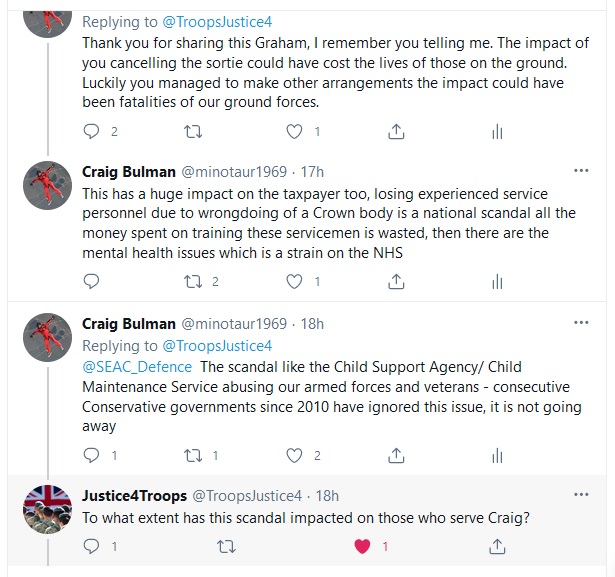 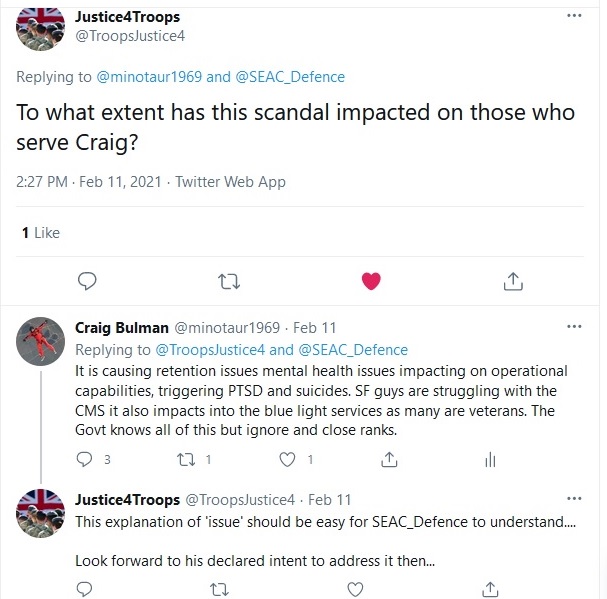 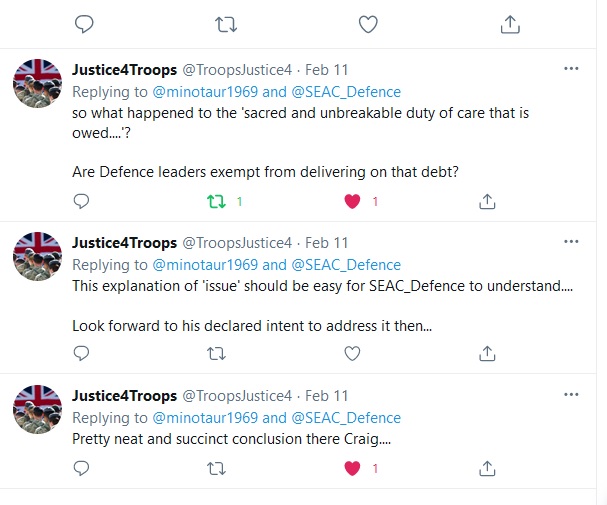 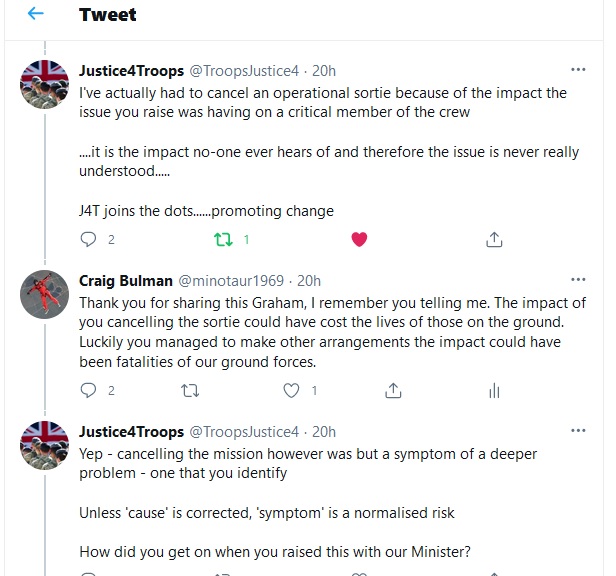 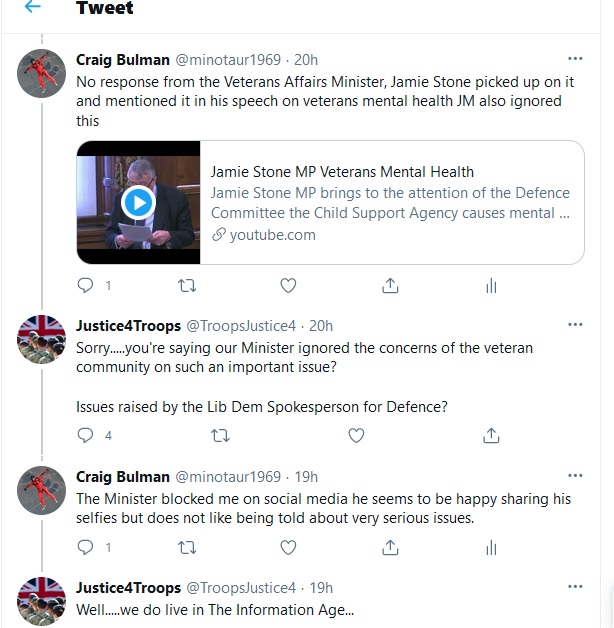 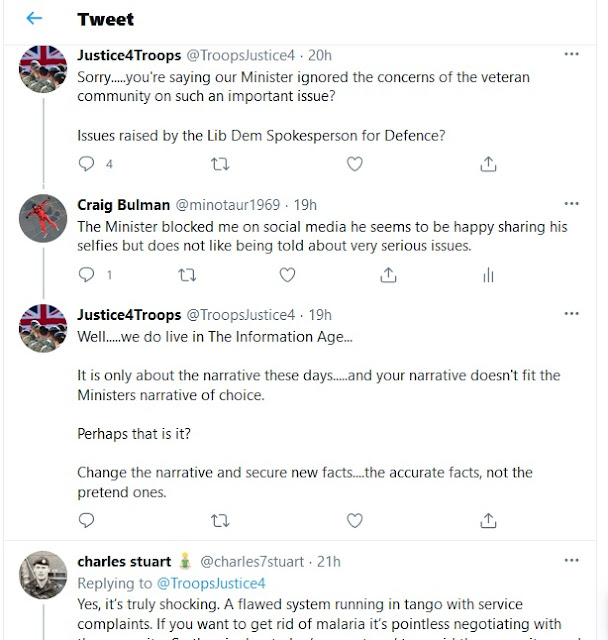