See Brian Hudson's Peer-Reviewed report on the link to suicide and the Child Maintenance Sevice https://t.co/1mECqD2SlL

The Child Maintenance Service is driving almost 1,000 paying parents to suicide each year, and they know it and so does the Government!

See THE LINK TO SUICIDE & THE CHILD MAINTENANCE SERVICE

Services to support people who are vulnerable to suicide

16. For every life lost to suicide, the estimated total cost to the economy is around £1.67 million. 24 The Association of Directors of Public Health told us in written evidence that for every person who ends their life by suicide, a “minimum of six people will suffer a severe impact”.25 Those bereaved by suicide are themselves at greater risk of suicide. During the Committee’s evidence session with bereaved families, we heard how, as well as coping with a devastating loss, they also face onerous practical problems including dealing with coroners’ inquests and incident reviews. They are not entitled to any form of support, nor are they entitled to a family liaison officer which would be standard practice in many other situations. Steve Mallen, a bereaved parent and founder of the MindEd Trust, described being given a leaflet and then left to cope alone: “That is it. That is the sum total of interaction that one gets, and you are facing an abyss that is beyond imagination. That is very difficult”.26 We heard examples of excellent support services for people bereaved by suicide in Liverpool, including SOBS (Survivors of Bereavement by Suicide) and AMPARO, as well as CHUMS in Bedfordshire and If U Care Share in the North East—but these services are few and far between and funding for them is precarious.
https://publications.parliament.uk/pa/cm201617/cmselect/cmhealth/300/30005.htm 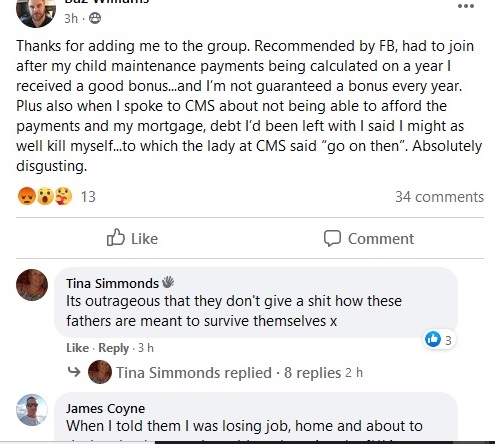