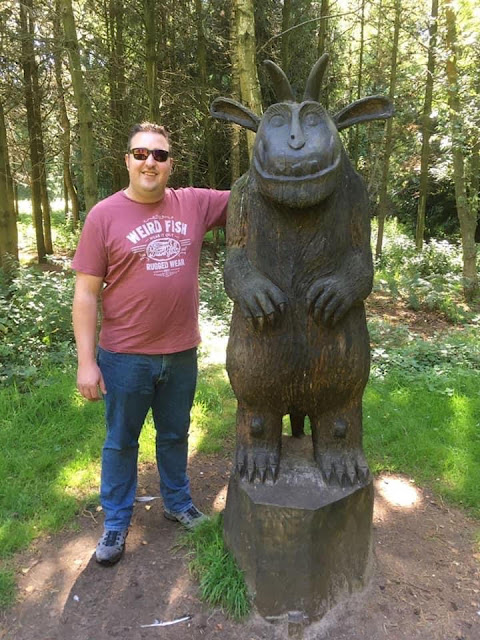 On Thursday 8th May 1980 my only child, Gavin made his entry into this world, six weeks early so work (RAF) commitments meant I was unable to be there at this birth. However, for the next 40 years, Gavin bought abundant joy, fun, pride (especially when he followed me into the Royal Air Force (RAF), pleasure and yes, sometimes worry and pain into my life. 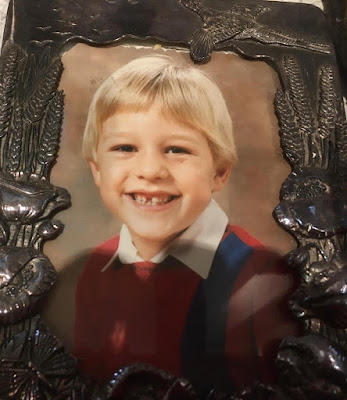 On Wednesday 22nd July 2020 at approximately 2:15 pm the haunting sound of two buglers playing the Last Post echoed around a woodland glade as my son’s body was lowered into his final resting place.
Sadly, I do not know exactly when Gavin passed away and I was unable to be there at his end too; his death certificate gives the 3rd July as the date of his death but we, his family, believe he passed away very late on the 1st or in the early hours of the 2nd July.

I do know that on the 1st July on his way home from a day at work he decided not to go home.
I do know I got a call late afternoon on Thursday 2nd July from the police saying he had been reported missing and then after a rollercoaster 36 hours, late on the Friday night, I got the call that every parent dreads; the Police had found what they believed to be my son’s body.

I do know that he decided to end his own life and now, I also know why he made that decision.
During the days after Gavin’s death in a desperate attempt to understand why he had taken this final drastic action, his family began trawling through his phone, emails and paperwork and just after his funeral I made a call to the Child Maintenance Service (CMS) myself after discovering conflicting correspondence from them. I know from conversations with Gavin when he was alive that he (like so many others) had been having issues with the CMS (formerly the Child Support Agency or CSA) and he had repeatedly called them querying their calculations, pointing out inaccuracies and offering bank statements and other evidence that their figures were wrong. Sadly all the while he was alive they would not listen to him; it took Gavin’s death before anyone at the CMS would even countenance that they might have made some mistakes.

Exactly 4 weeks after Gavin’s funeral I received an anonymous, off the record, call from a team leader at the CMS who confirmed that he believed mistakes had been made by the CMS regarding Gavin’s income (they were overstated by approximately 50%), mistakes had been made in calculating the £15,000 arrears they had notified Gavin he needed to repay and they had no explanation as to why they were forcing him to make payments through the CMS for two children Gavin was already paying maintenance for, directly to their mother, under the terms of a court order.
Officially the CMS will not talk to me or my MP, hiding behind General Data Protection Regulations (despite the fact that these regulations only relate to data that would identify a LIVING person).

I (and the rest of Gavin’s family) believe that his action in taking his own life is attributable to the wrongdoing, negligence and incompetence of the CMS and as I write this, I know of many, many cases where men find themselves having the same relentless battles with the CMS that Gavin did. In an effort to ensure that no other family has to endure the unnecessary pain and loss that we have faced we have appointed a solicitor to represent us at the inquest into Gavin’s death (May 2021). We not only want to hold the CMS accountable for Gavin’s death but more importantly we want to force the CMS to change their working practices so that no more young men lose their lives in this way.
If Gavin’s story resonates with you and you feel able to help us your help in funding this legal fight would be very much appreciated. Please donate and share help us bring the Child Maintenance Service to account for Gavin's death.

Thank you for your support

Please watch this podcast so you will understand more.

Alex Reid is a supporter and a Fund Raiser of Justice 4 Gavin Briggs watch him talk with Chris Thrall about Gavin's untimely death.

Alex is the Founder of the Bob Reid Foundation and is campaigning to raise awareness of parental alienation and to reform the Family Courts. Please support this very worthy cause. www.bobreidfoundation.com