I would just like to bring to your attention that I believe the behaviour/conduct of the Child Support Agency/Child Maintenance Service breaches the Rome Statute Article 7 Crimes Against Humanity  the UK has ratified the Rome Statute  The Government and Child Maintenance Service must be reported to the International Criminal Court for their crimes against humanity the email address is included in the email list.

The UK has the International Criminal Court Act 2001 see SCHEDULE 8 Genocide, crimes against humanity and war crimes: articles 6 to 9

1 For the purpose of this Statute, “crime against humanity” means any of the following acts when committed as part of a widespread or systematic attack directed against any civilian population, with knowledge of the attack:

1 (k) Other inhumane acts of a similar character intentionally causing great suffering, or serious injury to body or to mental or physical health.

2 (g)“Persecution” means the intentional and severe deprivation of fundamental rights contrary to international law by reason of the identity of the group or collectivity;

It could also be classed as Genocide reading through Article 6 (b) Causing serious bodily or mental harm to members of the group;

You can contact the ICC investigators by going to the International Criminal Court https://www.icc-cpi.int/

The screenshots below are the steps to take or you can email directly
OTP.InformationDesk@icc-cpi.int 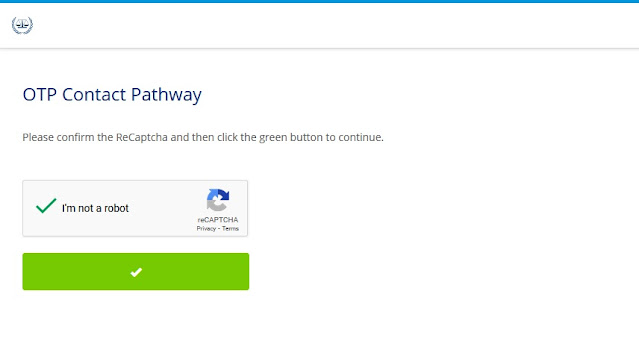 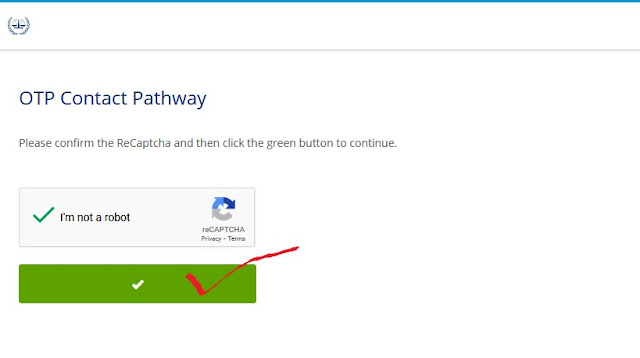 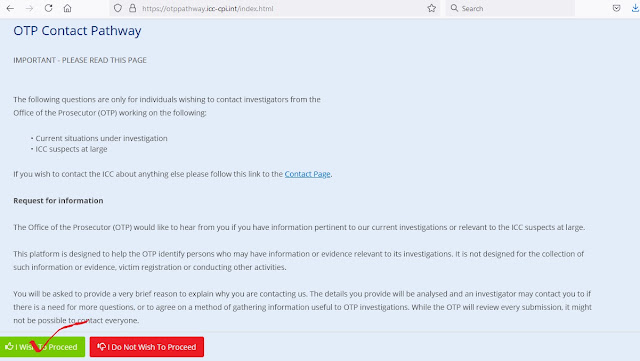 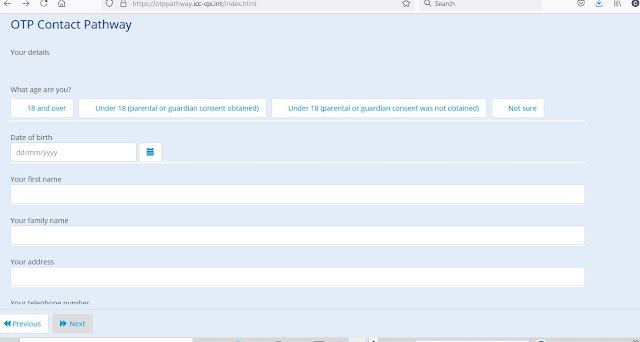 The rest is self explanitory